From the knowledge and sensitivity of the different art fields, be they performative, visual, or project-based, we hope to locate other practices and ways of collaborating for the common good — new directions that are developed through blending a variety of innovative processes.

We want to bring to a general understanding of the arts, a discussion relating to a praxis crossing the boundaries between art fields and other areas of know-how. Exploring the intersection of knowledge and methodologies, we hope to explore alternative forms of representation and social intervention, namely a model of collaboration between creatives, makers, stakeholders, and communities that promote the social and cultural cohesion through concrete actions with citizens.

We invite visual artists, performers, designers, architects, and other creatives to share and expand their artistic practices.

The conference will be held at the Lisbon Fine Arts Faculty, on February 9 to 10 2023. Paralell activities at The National Museum of Contemporary Art in Chiado are also foreseen.

Main session with four keynote speakers and a moderator, followed by parallel sessions with participants moderated by members of the Scientific Committee.

The programme and the sessions' schedule with all activities will be available closer to the conference date.

Alastair Fuad-Luke is a facilitator, educator, researcher, consultant, writer and activist exploring how design is applied to societal, ecological, economic, political and educational issues. He was chief curator for the Porto Design Biennale 2021, Alter-Realities: Designing the Present. During 2016 – 2021 he was a Full Professor of Design Research at the Free University of Bozen-Bolzano, South Tyrol, Italy and Full Professor of Emerging Design Practices at Aalto ARTS, Aalto University, Helsinki, Finland 2011-2015 working with Lahti Regional Development to develop a ‘co-design eco-system’ for the city. He was involved in several European Union projects, including Eco-innovera - Support Systems for Sustainable Entrepreneurship and Transformation (SHIFT), 2012-2016; and Leonardo Da Vinci - Design Education and Sustainability (DEEDS), 2006-2008. He collaborates with diverse communities; his last project was developing muu-baa a network for “agri-cultural” explorations in South Tyrol. His books include Field Explorations (2022), Agents of Alternatives (2015), Design Activism (2009) and The Eco-Design Handbook (2002).

Barbara Meyer is the director of the Cultural Centre S27 - Art and Education in Berlin. She grew up in Switzerland and studied at the Academy of Fine Arts in Munich, later "Art in Context" at the Berlin Art Academy HDK. In 2006 she organised the campaign "Offensive Kulturelle Bildung“ on behalf of the Berlin Council for the Arts. Until 2009 she directed the Berlin Fund for Cultural Education. Together with artists, architects and designers, in 2020 she founded the Initiative Urbane Praxis, which pursues experimental collaborations and social design approaches to urban development. Barbara Meyer is the chairwoman of the TRESOR Foundation and a member of the Berlin Refugee Council.

Kate Adams is an artist, advocate and activist. She is Director & CEO of Project Art Works and has curated many responsive, collaborative projects with people who have complex support needs, families, caregivers, artists and galleries. Kate co-founded Project Art Works in 1997 to explore an expanded concept of art that was and continues to be influenced by Paul Colley, her son, who has profound and complex support needs. Their work embraces personalised studio practice, peer support and award-winning films, art actions, installations and exhibitions. Kate’s practice disrupts preconceptions about what people can and can’t do, who they are and how they live, revealing other ways of being in and seeing the world. Project Art Works: Joint winners of the Film London Jarman Award 2020 Shortlisted for the Turner Prize 2021; Commissioned by DOCUMENTA 15 as one of 15 global ‘lumbung’ collectives to present in Kassel, Germany in 2022.

Paulo Lameiro was born in Leiria, Portugal. He is ethnomusicologist, pedagogue, communicator and creative. After a brief career as a Baritone, having sung solo and integrated the Choir of the National Theatre of São Carlos in Lisbon, he dedicated himself to teaching and took over the direction of several music schools, namely the National Conservatory of Lisbon, Orfeão de Leiria and the School of Arts SAMP in Pousos. It is mainly from this home village that he has developed, since 1992, projects of education and artistic production for early childhood, from which we highlight 'Birthplace of Arts', 'Musicians with Diapers', 'Concerts for Babies', and 'Pine Forest of Arts'. More recently, he has become interested in artistic practices with the community, from which projects like 'Opera in Prison' with prisoners, 'New Springtime' for the elderly, 'Il Trovatore', or 'Roma do Lis' with gypsy communities stand out. He was a founding member and was part of the first Scientific Council of the Ethnomusicology Institute of the New University of Lisbon - FCSH, having published as an ethnomusicologist in various journals.

Paula Miranda is an architect (FAUTL). She worked at João Luís Carrilho da Graça's architectural office, from 2001 to 2015, in the development of several projects. At ateliermob, she coordinated the participatory projects in the PRODAC North and South neighborhoods that lead to interventions to ameliorate their public space. Still at ateliermob, she was responsible for the projects “Promotion of the Pedestrian Accessibility in Eastern Lisbon” (2016), and “Cultural Heritage Mapping at Av. Almirante Reis (STEPS),” a pilot project developed in Lisbon promoted by the European Council (2017-18). As member of Cooperative Trabalhar com os 99% we highlight the project to reconstruct houses after Pedrógão Grande fire in 2017, as the technical team of Fundação Calouste Gulbenkian (Lisbon), as well as the project on women’s safety in public space and transports that lead to a “Review of good practices”, to Lisbon’s Municipality. Currently, among other works in progress, she coordinates the innovative and experimental project in of Trabalhar com os 99%’s social field, by providing technical architectural support to seven neighborhoods in Lisbon.

Tiago Mota Saraiva is an architect (FAUTL). Specialisation in Architecture, Territory and Memory (FCTUC). Since 1995, he has worked in several offices in Lisbon, Rome and Vicenza and he has been Invited Assistant Professor at Universidade Moderna (2007) and at FAUTL (2007-2008). Effective Member of the Architects Board National Association since 2001, having been part of its National Executive Board (2003-07) and National Treasurer (2005-2007). Member of the Organizing Committee of the Portuguese National Architecture Year 2003 and curator, in between others of the International Celebration of Cities Competition, organized by the UIA. Portuguese delegate in the International Union of Architects Congress of 2005 in Istanbul, Turkey. Currently, he is managing partner at ateliermob, board member of Working with the 99% co-op, SOU Largo Residências co-op and the European Association Re:Kreators. He is member of the Editorial Board of Le Monde Diplomatique – Portuguese Version and member of the national coordination of “Bairros Saudáveis” (Healthy Neighbourhoods) government program. Since 2019 he has been an invited professor at FAUL.

Paper submission after corrections
(2nd round).

Fee for general audience is 25€
(to attend the main session only). 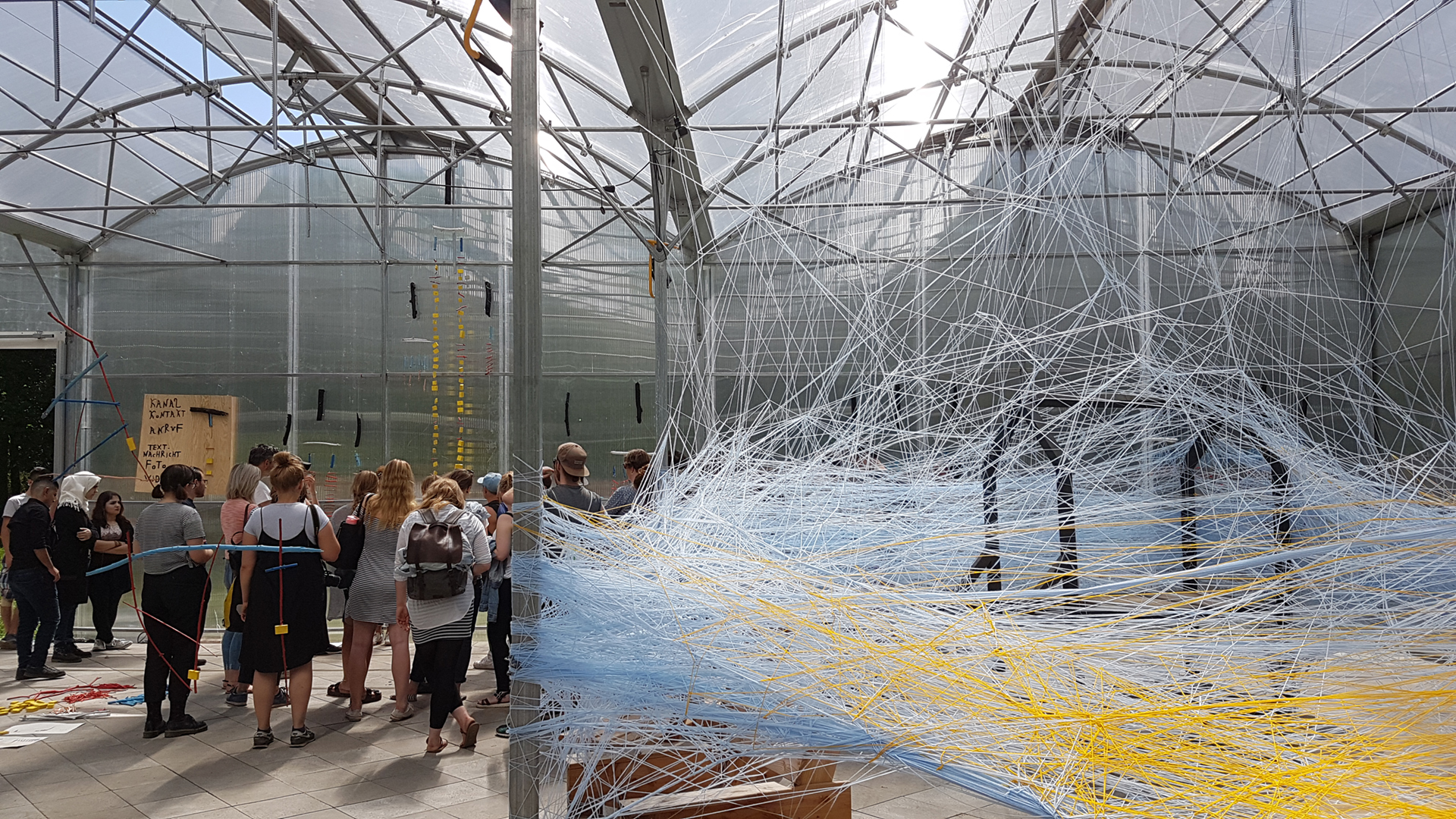 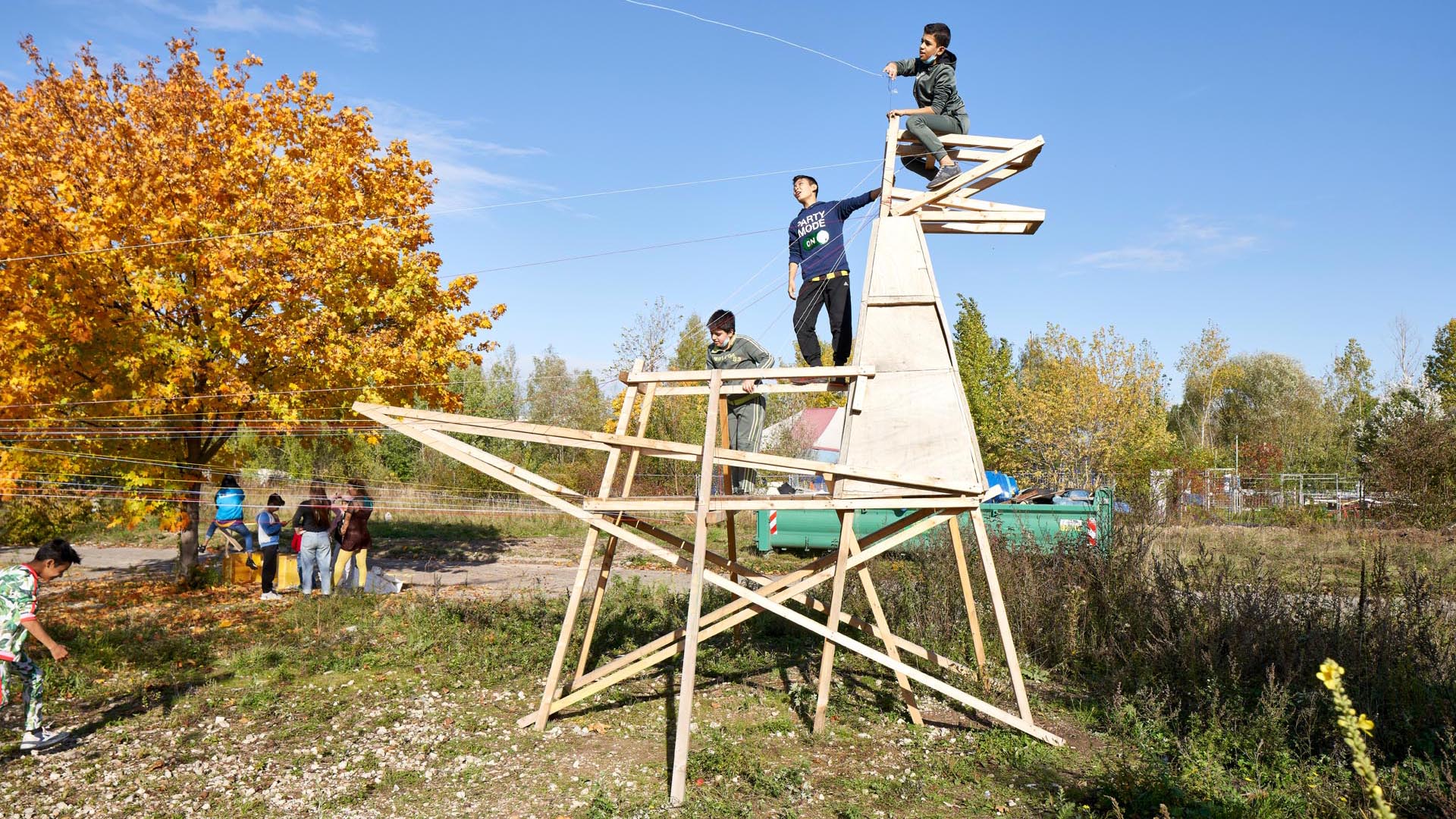 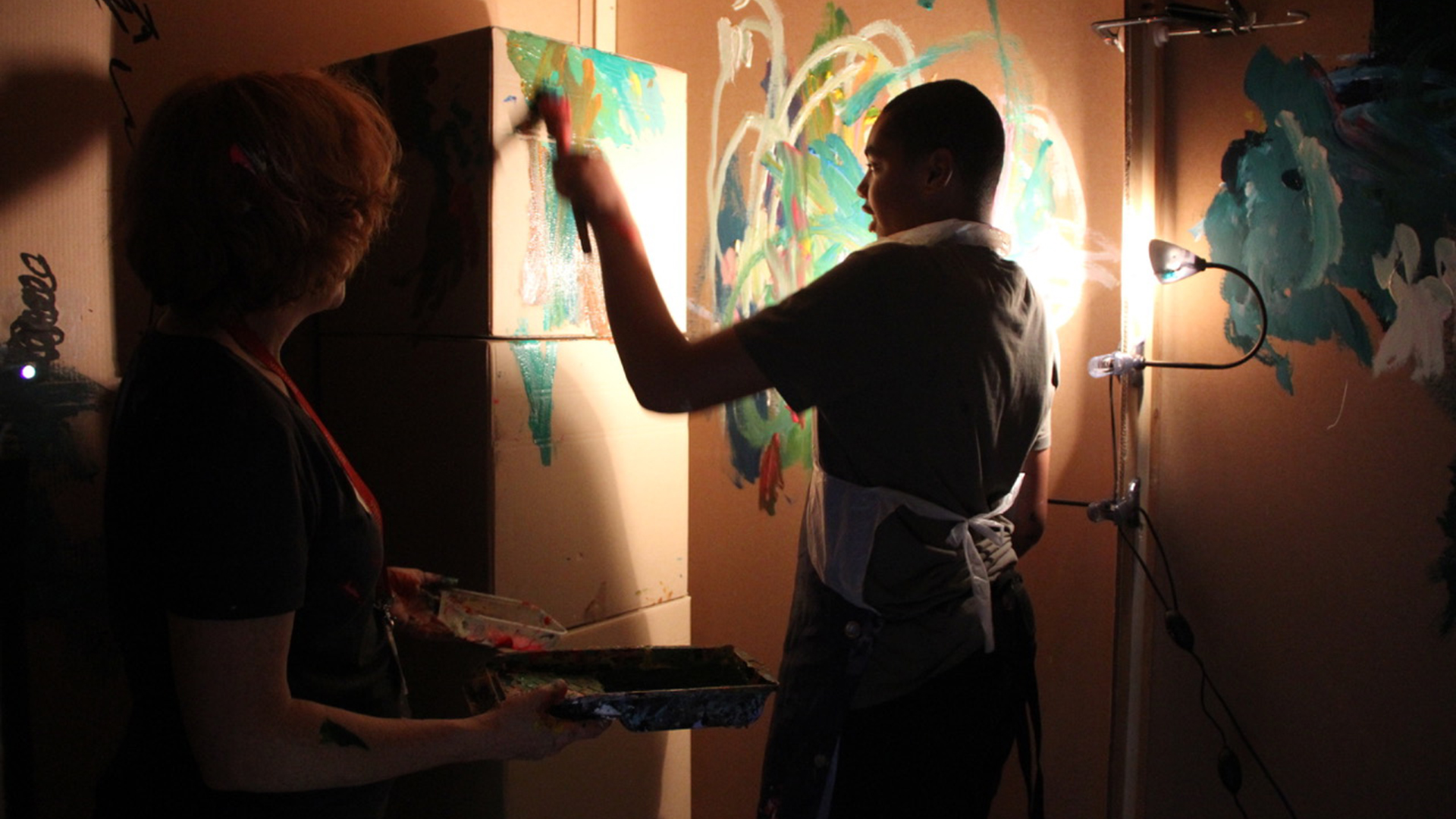 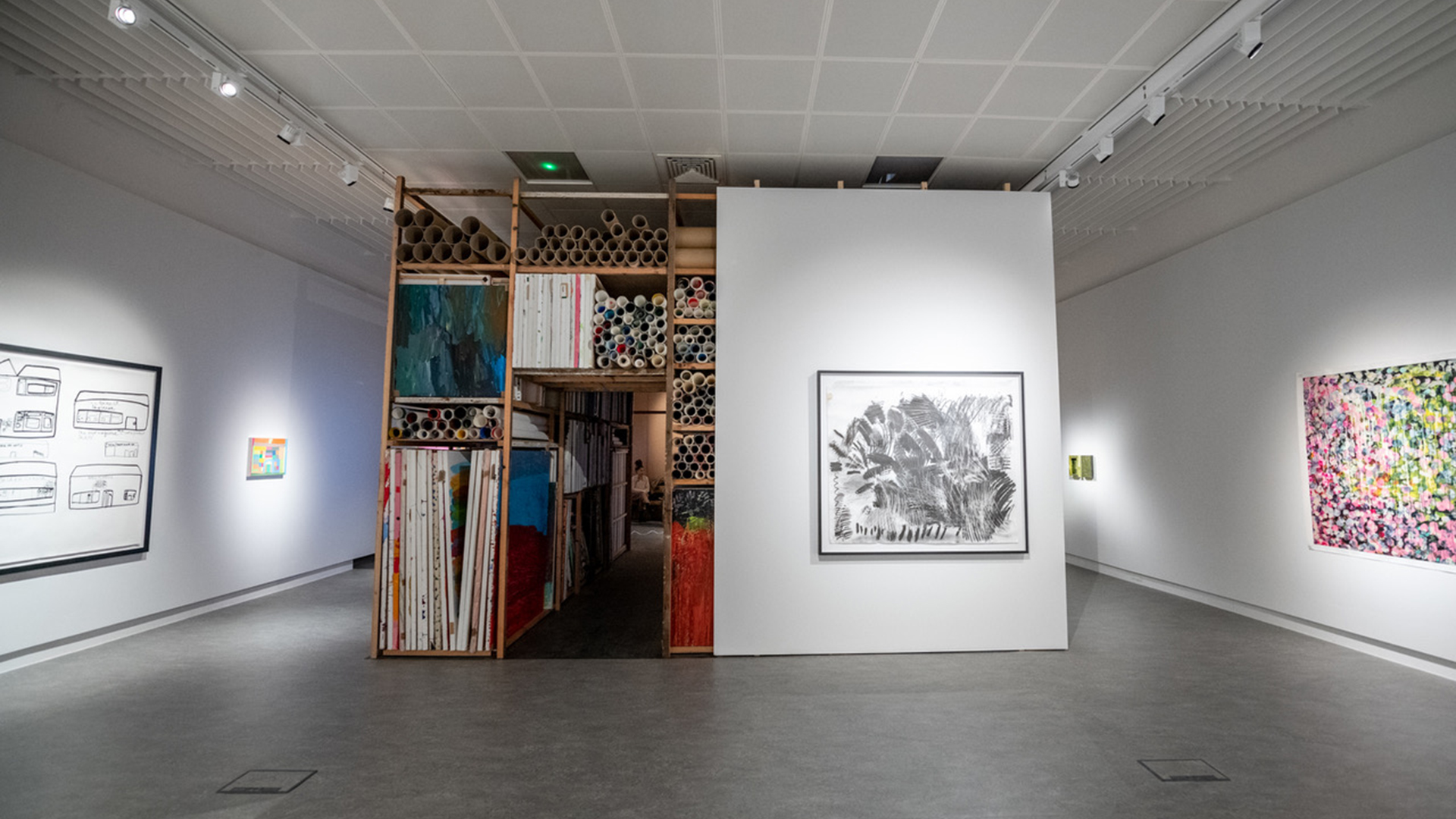 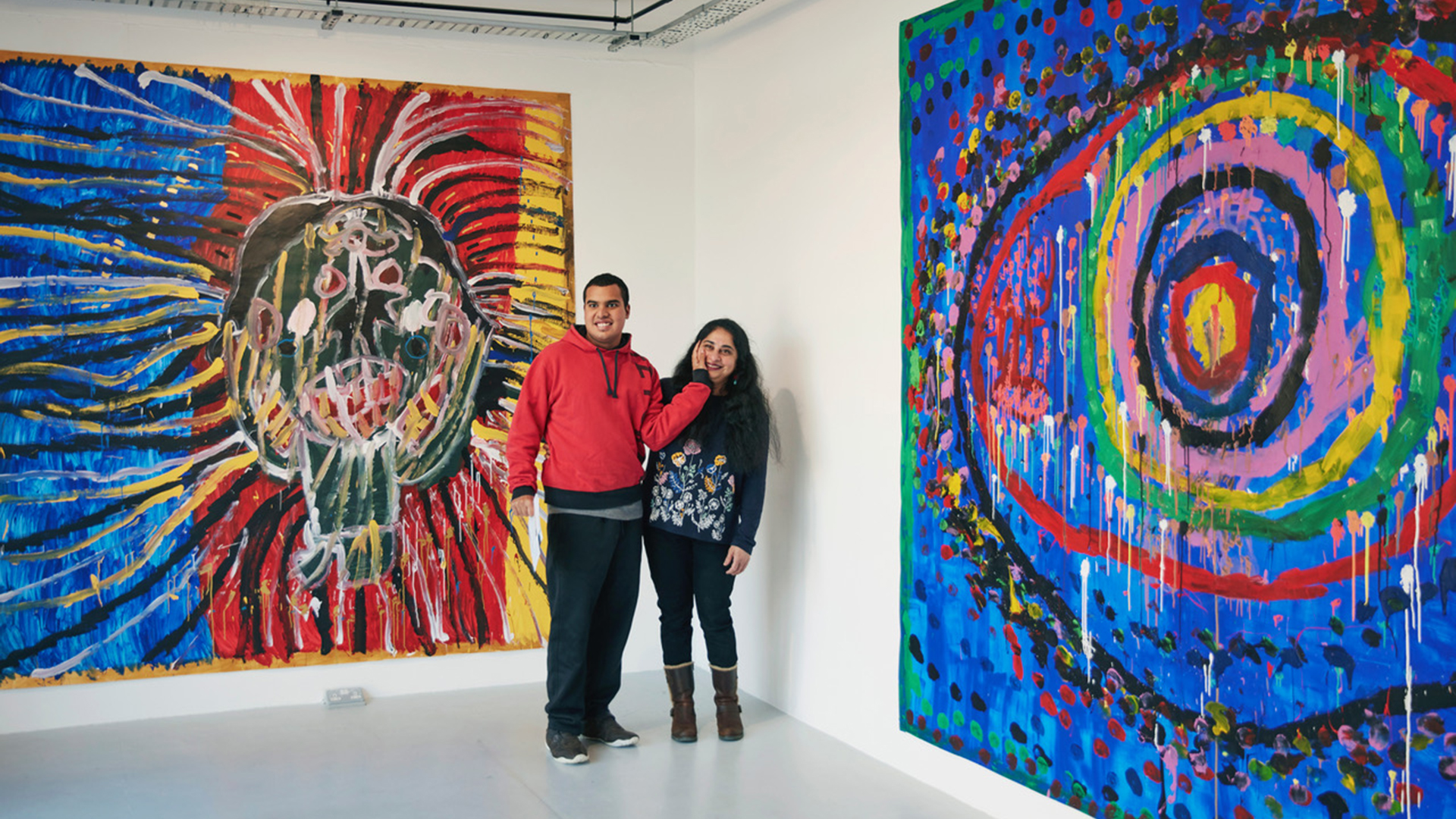 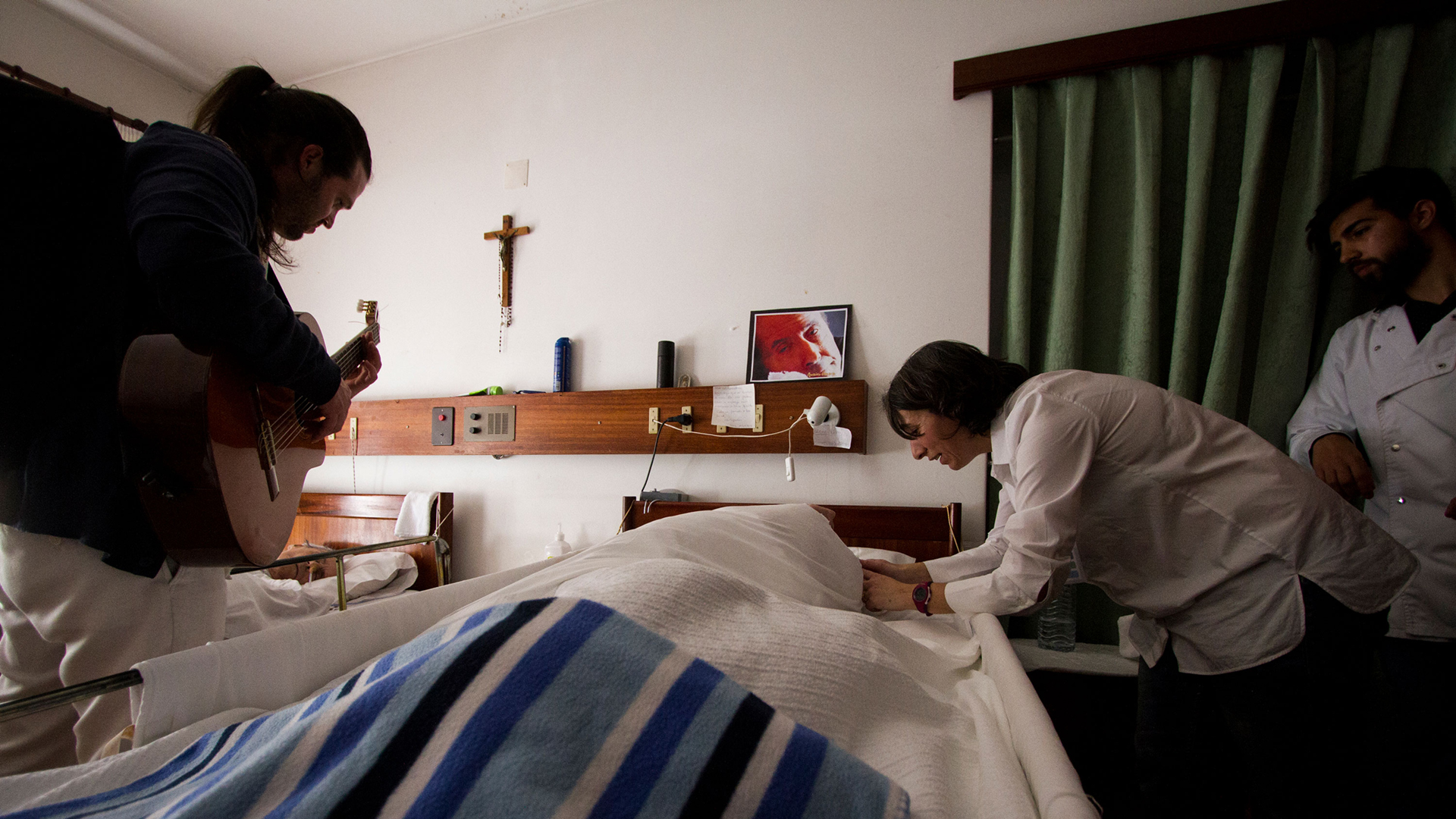 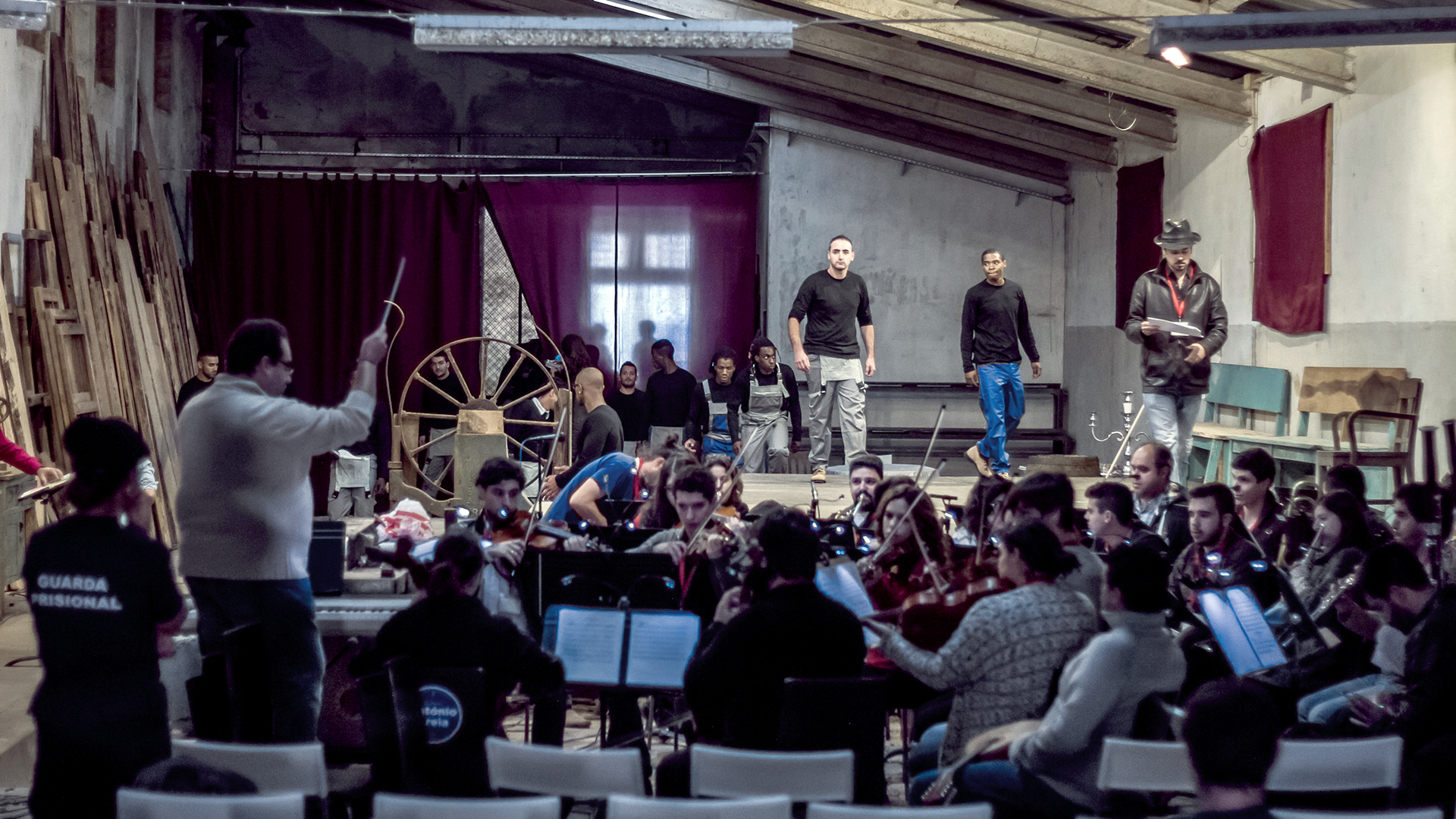 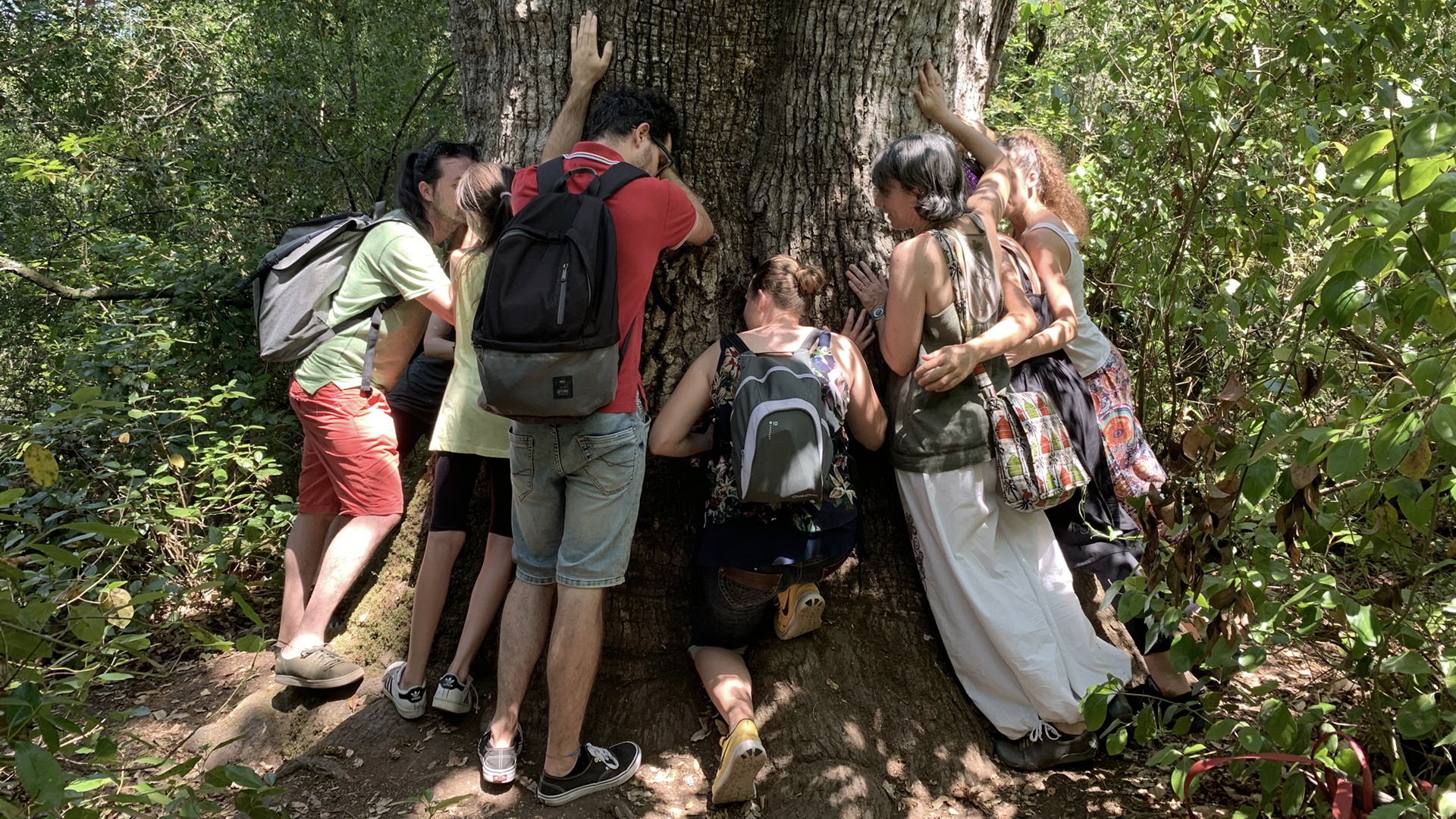 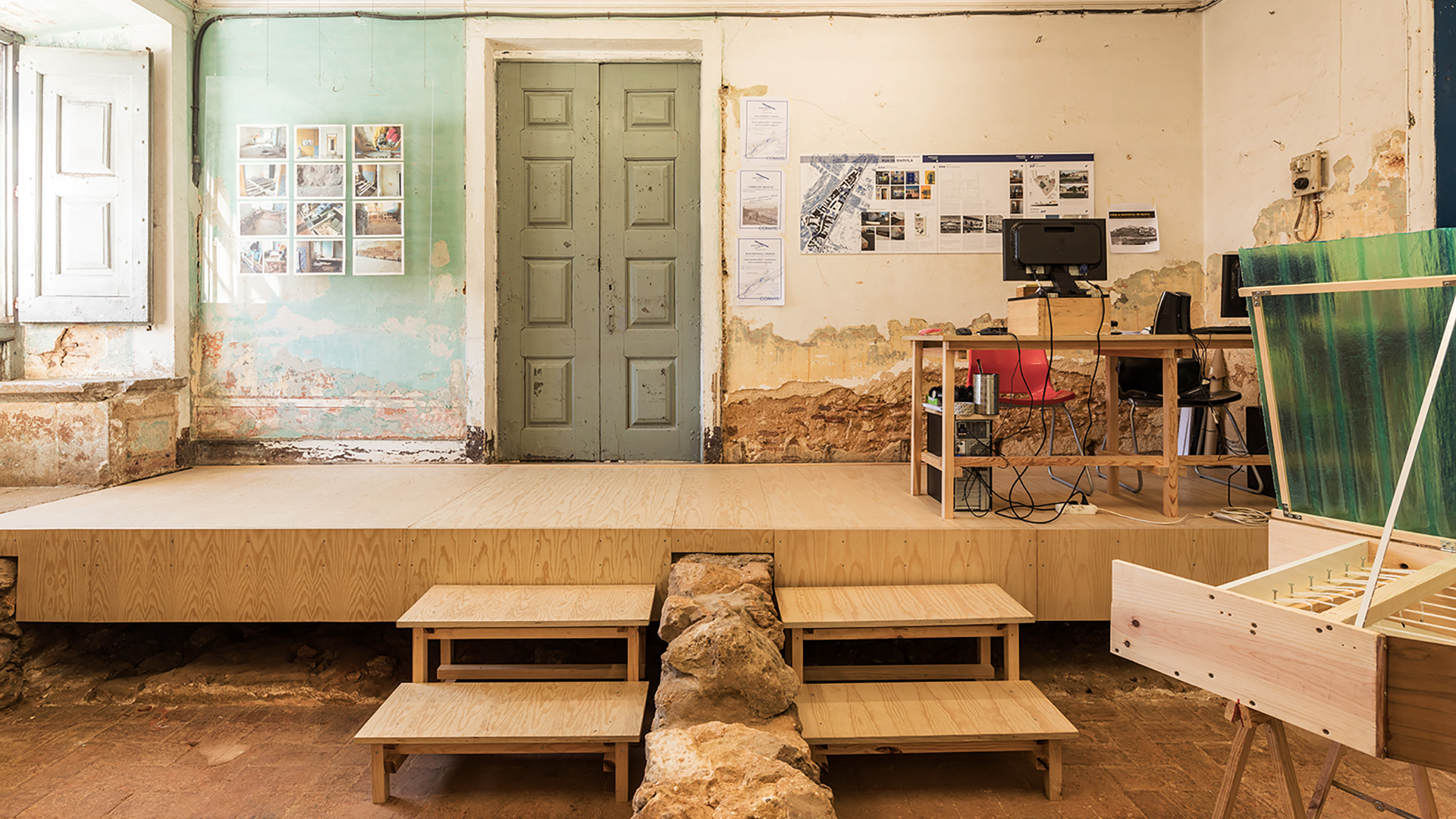 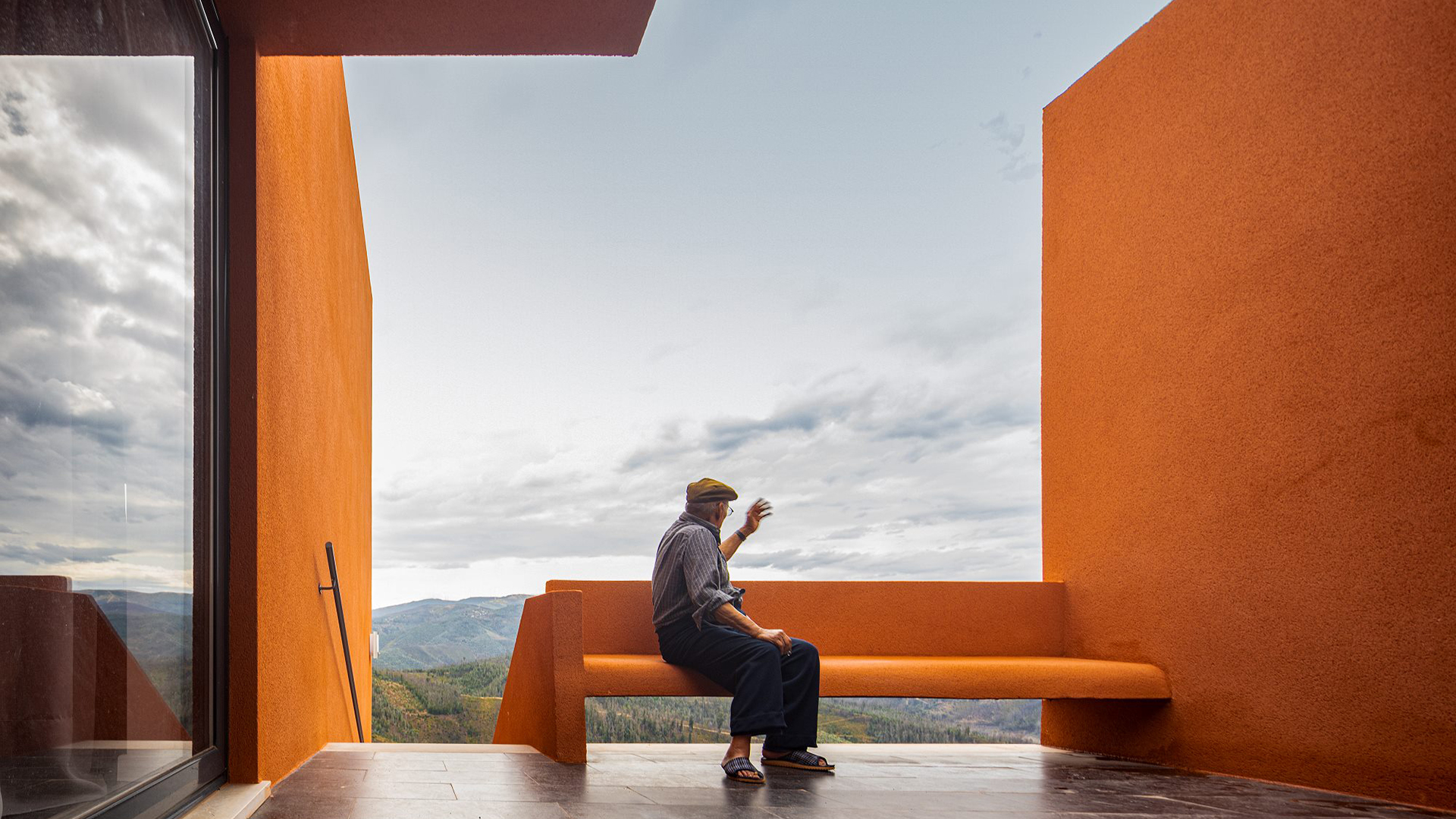 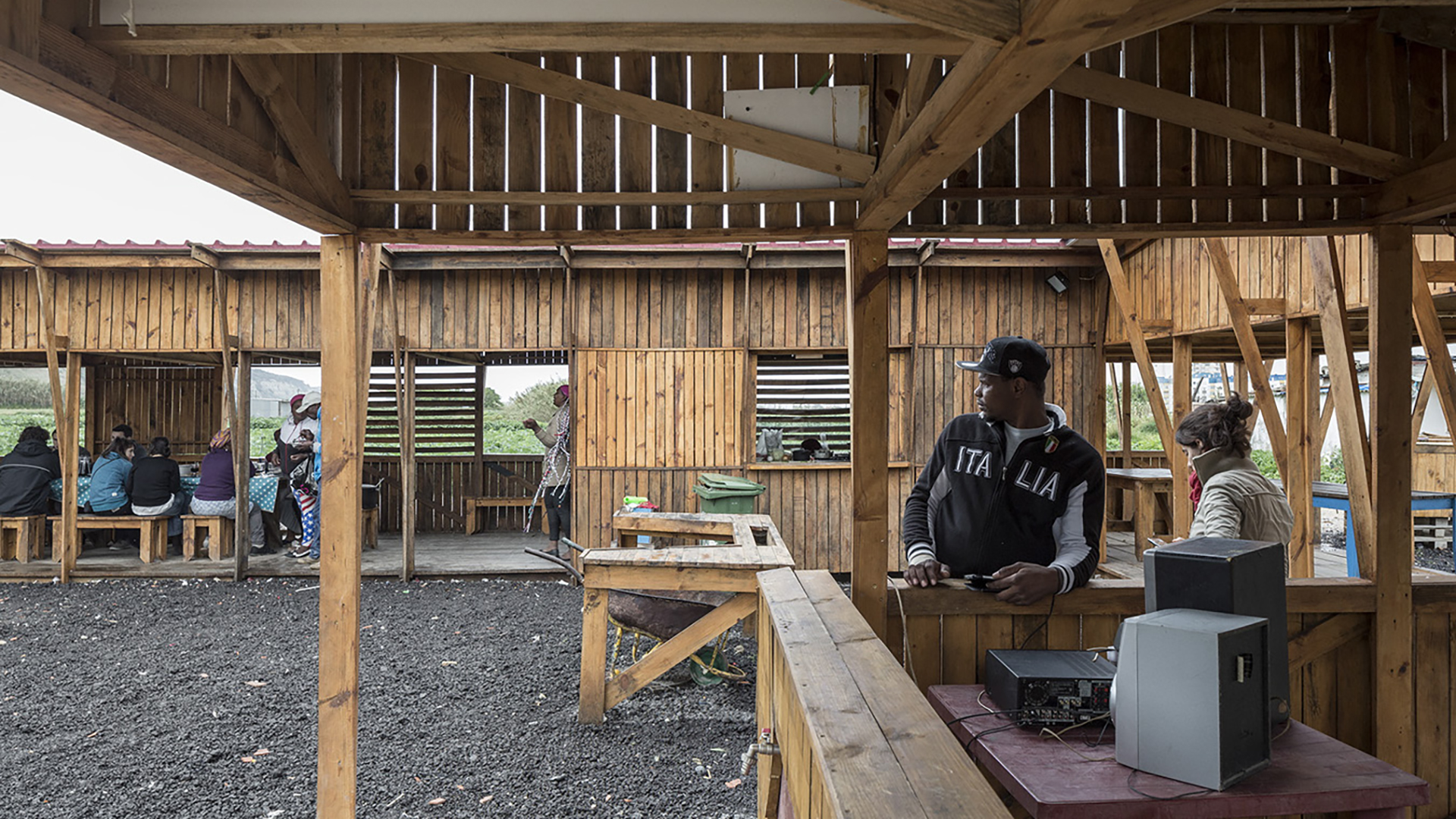 A book edited by the conference organisation and published by Caleidoscópio will be launched during the conference days at The National Museum of Contemporary Art. The book will have a printed version and an e-book version in open access.

The Cross Media Arts 2023 book will have papers by the conference participants in parallel sessions. This publication will also have a special section for the Panel Speakers and Moderator, which are invited to write a paper. 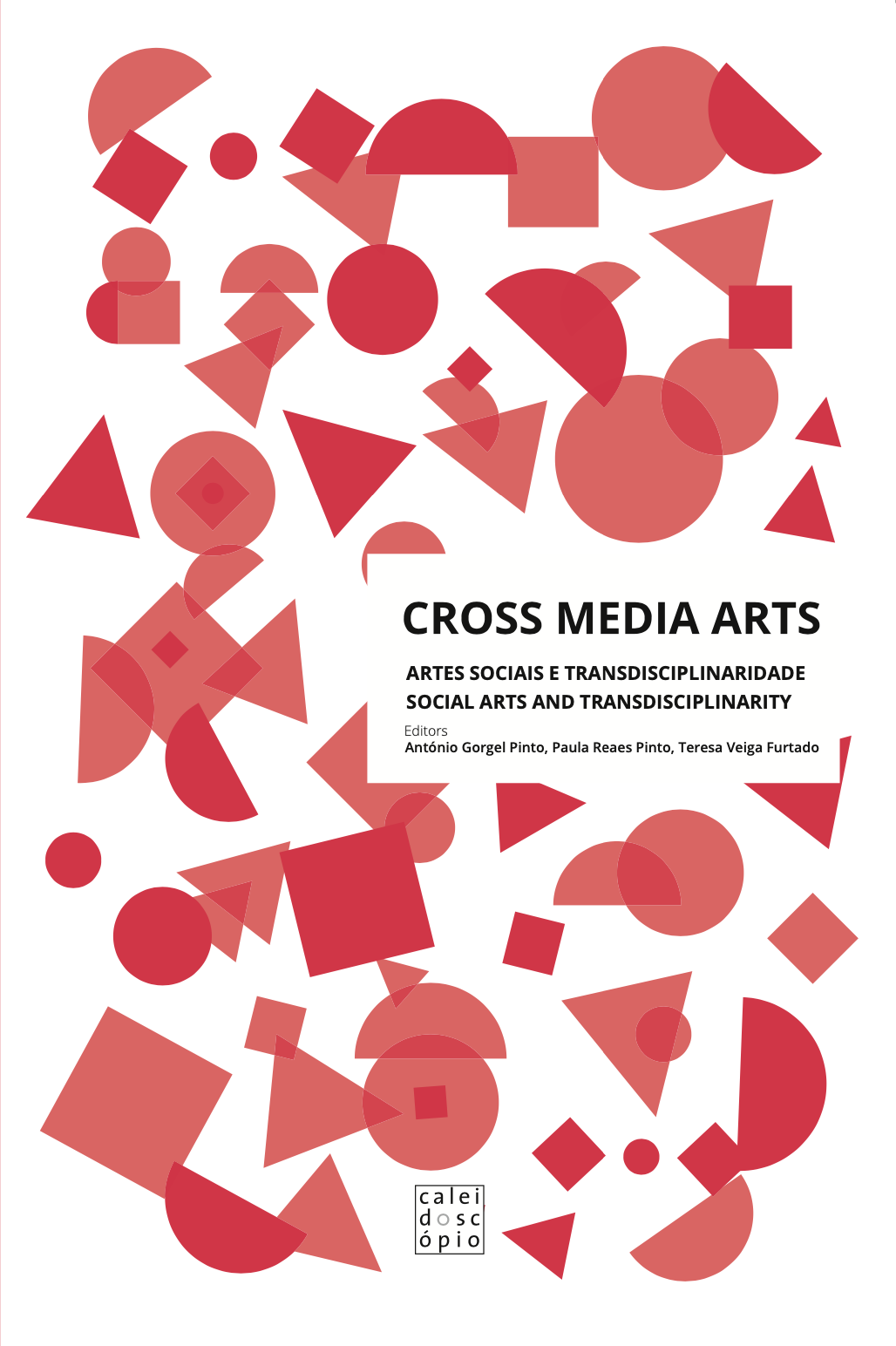 The Cross Media Arts’ first publication from 2018 is available for free.
The book resulted from the first Cross Media Arts Conference in 2016, with the theme Social Arts and Transdisciplinarity, held in Evora on June 24 and 25 at Eugénio de Almeida Foundation.

Lasalle College of the Arts, Singapura